Polish traces in Malta:
Kalkara
This time we decided to visit some places where we could find some Polish accents. 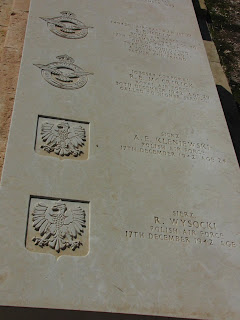 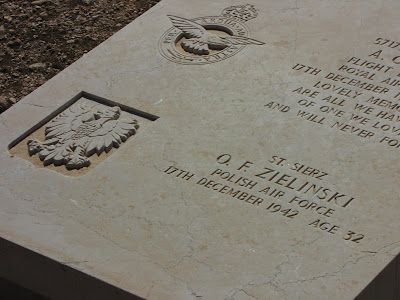 The first one was the Kalkara Naval Cementery which is situated outside the town.  From the main road there is a small one to this place. Walking on a small path inside the cementery we found graves of Polish soldiers who died there. 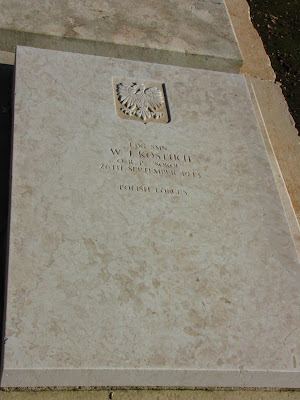 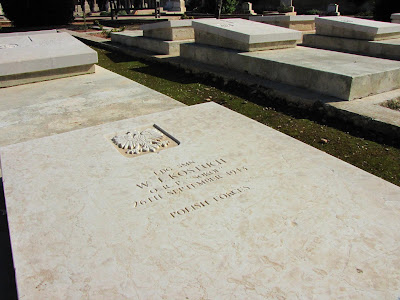 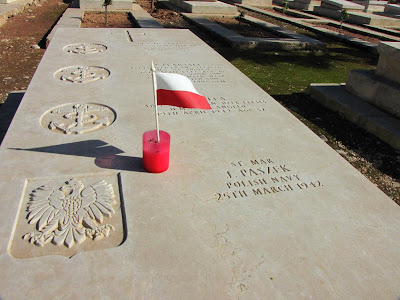 There were graves of Polish pilots and Polish Navy crew. On the wall near the gate there is a plaque commemorating Polish soldier who died during the Second World War while defending Malta 1942 - 1943. This commemoration was founded in 2003.
St. Paul’s Bay
In St. Paul’s Bay near the Gilleru Harbour Hotel there is a small chapel – St. Paul’s Chapel. It is situated on a square between roads. Outside there are arrays in different language about how St. Paul landed on island. There is one in Polish. 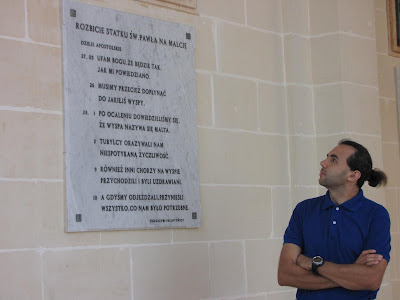 Near this chapel there is a small cafeteria and every Sunday you can buy there really delicious cannoli. What is important that you can buy it only on Sundays. It is better to do so before 11 am. When the mass in the chapel finishes everybody goes to this cafeteria and eat cannoli.
I know that there could be more places but at the moment I know just them. Sometimes in Valletta moors a ship called Karol Wojtyla. 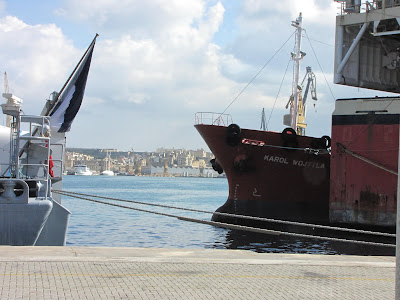 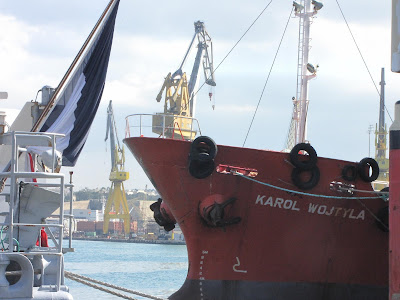 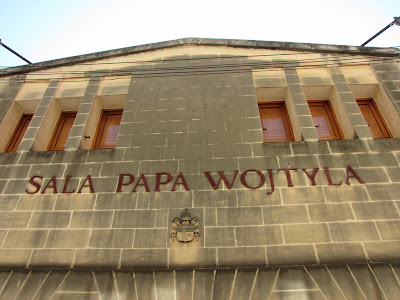 For sure on Gozo there is statue of Jan Pawel II and a street named after him.
Autor: globtr o 5:51 PM 1 comment: Linki do tego posta